Last night we went to the Duke Grad Parents picnic and swimming party. Now that Andrew's the co-president we figure we should attend an event every now and again. We met some other crazy families who were still in grad school but had a handful of children accompanying them (though I think we had the most children out of everybody—so we're the craziest, I guess). We had a lovely (catered) barbecue meal (no cooking, no clean up—perfect). And we had a great time swimming, too!

Here we are eating dinner (picture by Sondra): 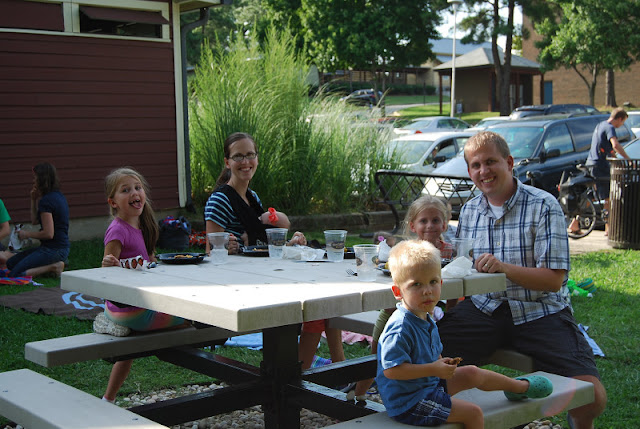 Benjamin's not about to smile for a stranger and Rachel, well, she's just being Rachel. I habitually warn her that she'll regret making silly faces in every single picture of herself, but she doesn't believe me.

"Rachel, in ten years you're going to look back and think..." I started to say.

"How awesome I was when I was eight?" she finished for me with a smirk.

Something along those lines, yes.

Here's Rachel playing around in the pool with Daddy and Zoë: 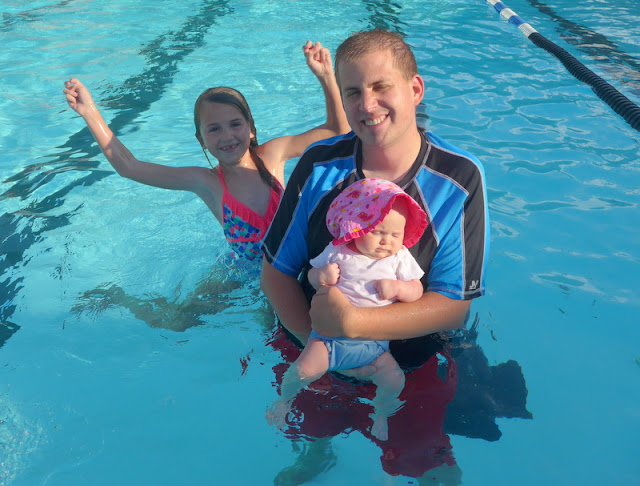 Poor Zoë isn't even impressed with the pool. She doesn't enjoy much of what we make her do; she simply endures all these activities we make her participate in. 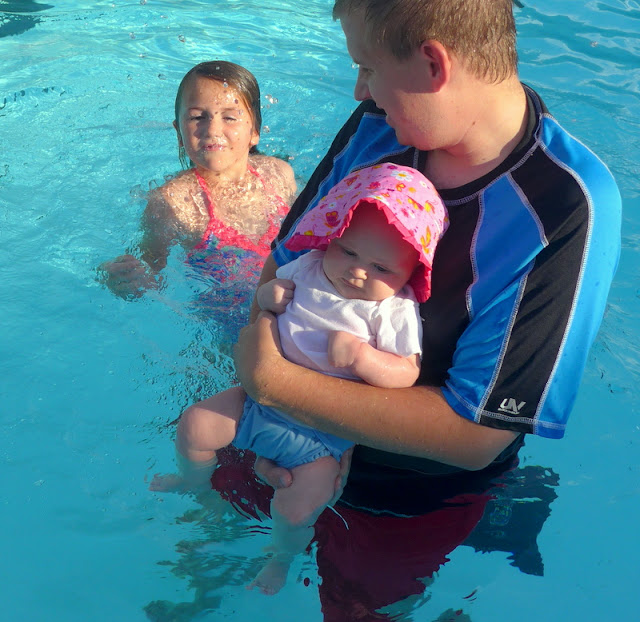 And here's a shot with Miriam and Benjamin in it, too: 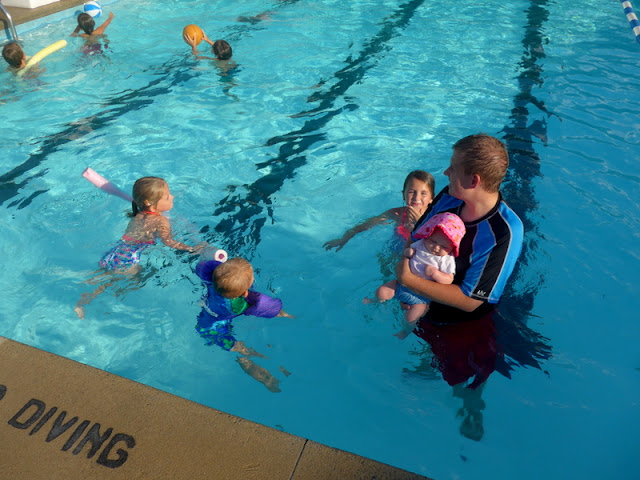 I got in eventually (I took these pictures just after feeding and changing Zoë and before changing myself). We mainly hung out with the Mortensens in the pool; they're in our ward and our kids are friends. At one point their four-year-old had taken off her puddle jumper and was using a kick board to help her stay afloat but she fell off and started floundering in the water.

Andrew looked at me and I nodded at Miss A.

Andrew pulled her up out of the water.

"I thought she was swimming," he said.

"Nope. That's what drowning looks like. Now you know," I said.

We all were laughing at ourselves because here was this little girl, drowning within arm's reach of four adults (though the mothers were busy with babies, so that a bit of a handicap when it comes to reducing people). Heidi said sarcastically, "Sheesh! My child's drowning and the lifeguards are all just standing around doing nothing. Come on, do your job! It's not like there were four adults right beside her or anything."

Anyway, Miss A. is fine and now we all know what drowning looks like.

Thanks for educating us, Miss A!
Posted by Nancy at 9:41 PM