I met with the principal, AIG coordinator, and Miriam's kindergarten teacher today and we unanimously decided that moving Miriam into grade one would be a good idea. More on that later, but until then, here is the face of the world's newest kindergarten graduate: 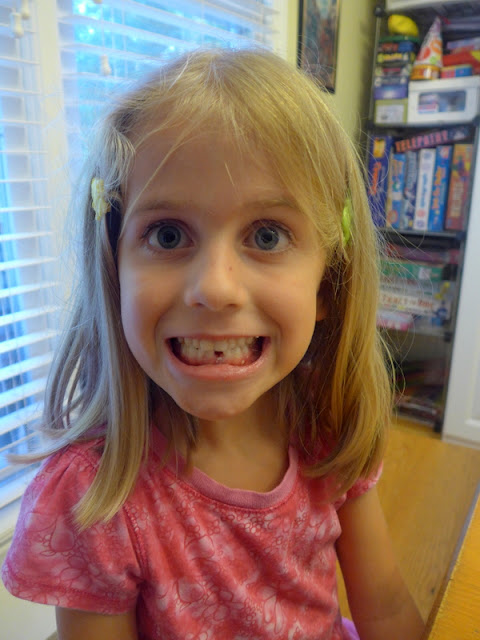 Notice anything about her smile?

She's had a wiggly tooth for a while and today we went to ukulele at the Hennessees and Miriam was showing everybody how loose her tooth was.

"I bet you could just pull it out," someone said. I don't know who it was; there were so many children crowding around her (there are nine kids between Laura and I).

And she grabbed that tooth and yanked it out.

Laura got her a drink of water and a ziplock bag for her tooth. Needless to say she's very excited for bed this evening—the tooth fairy is coming for her!

Oh, and Andrew made Atlantic Beach Pie as a chaser to the nice southern meal he made for us while we were at ukulele practice (grits (from West Point on the Eno), sausage, eggs, and green beans). It was pretty darn good. 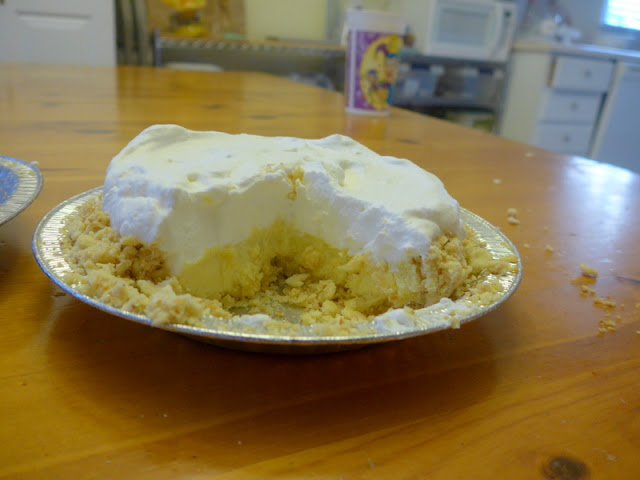 Andrew and Benjamin had one piece. Rachel and Miriam had two pieces. And I had...three pieces. 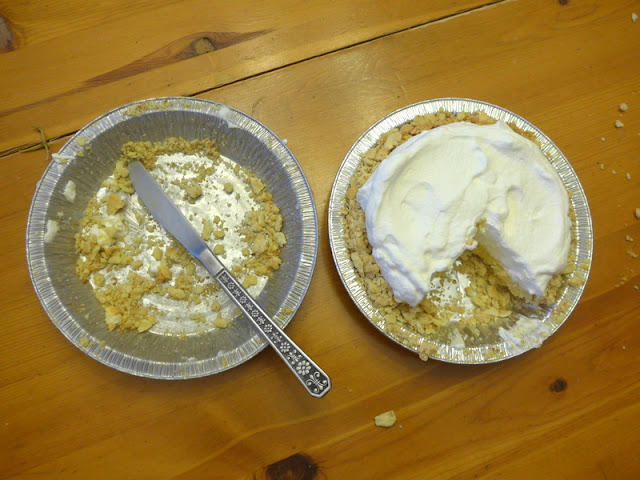